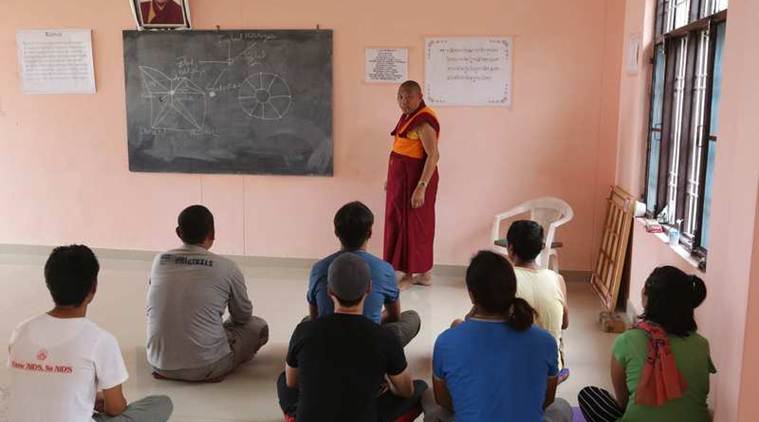 So far as drug de-addiction centres go, Kunphen Recovery Centre may come as an aberration. Unlike the de-addiction centres elsewhere, at Kunphen – which in Tibetan means universal benevolence – the inmates are not chained to their beds. The rooms are not kept locked and the inmates are free to roam around. There are no armed guards or bouncers manning the entry and exit points of the complex. The addicts admitted here are treated by the recovered addicts.

Located in the foothills of picturesque Dhauladhar range in the middle of fields on Dharamshala’s Khanyara road, the multi-storey recovery centre is all set to be inaugurated this September.

It was 19 years ago that a group of Tibetans, who had recovered from their drug addiction, envisaged a rehabilitation centre for the community members who had taken to various forms of drug or alcohol abuse. The Dalai Lama, several NGOs and Tibetans from across the world pitched in with funds to help this dream turn into reality.

A Buddhist monk, Lobsang Gyaltsen from Sera monastery in Tibet, is currently managing the centre that has 19 inmates, including two Tibetan women.

“Those admitted here, once they recover from their addiction by way of meditation, and physical and mental exercises, besides medication, help fellow the Tibetans who have turned addicts. In the last two decades, more than 60 Tibetan youngsters have died due to drug abuse,” says Dawa Tsering, Member of Parliament, Tibetan government-in-exile.

Detailing Kunphen’s journey, Tsering said, the idea of establishing a rehabilitation center for the Tibetans who have become addicted to drugs and alcohol came from Lobgsang Wangkhang, who himself had given up drugs and alcohol after nearly 11 years of abuse.

“The Dalai Lama was the first to give Rs 25 lakh for setting up the centre. A lot of people then helped us complete this arduous journey,” says Tsering.

Then posted in McLeodganj as a Tibetan welfare officer, Tsering took over the affairs of Kunphen in 2010.

Lobsang Gyaltsen, a Buddhist monk who teaches meditation to the inmates at Kunphen, says, “Treatment by compassion is our motto. We do not guarantee a 100 per cent success rate. Even if we help recover 60-70 per cent youngsters suffering from this menace, we would have done something for our community”.

“We treat drug addicts here with compassion and meditation. Our prime purpose in this life is to help others,” adds Tsering.

The centre already has a few success stories to share.

Till just a few years ago, Migmar Tsering could not stand on his legs due to drug abuse. The 35-year-old now runs the kitchen at Kunphen and acts as a mentor for others recovering from addiction. “I had problems with my parents. I fled from Tibet and came to India via Nepal with my uncle. In Mussoorie, I got addicted to synthetic drugs. Due to constant drug abuse, I could barely stand. It was then that I came to know about Kunphen and came here. After recovering completely, I decided not to leave this centre and stayed back to serve my community,” Migmar says

A messy marriage had pushed Tsering Lhamo towards alcohol some 20 years ago. A divorcee, the 41-year-old from New Delhi, reached Kunphen a few months ago. “I have almost recovered from my addiction. I have a 20-year-old daughter who works in Delhi, but I am staying here with an aim to help other Tibetans. I do not want any of my fellow Tibetans to suffer the way I did,” Tsering Lhamo says.

For Tenzin Choedan, 47, who has a garment business in Mandi, friends turned out be his saviour. “I was an alcoholic. I was brought here by my friends. When I reached Kunphen and saw what other addicts were doing here, I slowly began to transform myself. I am now helping others like me get rid of their addiction”, Choedan says.

Tenzin Lobsang, who used to work at cafe in New Cdelhi and had got addicted to ganjaa, now grows vegetables that meets the daily needs at Kunphen. There are others who are recovering at Kunphen and are simultaneously raising funds by painting flower pots, making Tibetan prayer flags and selling these in the market.

While Wangkhang moved to Canada, he had always lend a helping hand in raising funds for the centre.

“Wangkhang had recovered after being an abuser of drug and alcohol for about 11 years. He conceptualised Kunphen. A group of like-minded Tibetans kept conducting awareness programmes in various monasteries, schools and institutions in Tibetan settlements across the country. In an attempt to expand Kunphen, the matter was brought to the notice of His Holiness The Dalai Lama, who immediately donated Rs 25 lakh for setting up this centre. But, Wsangkhang had to leave for Canada and the project got stuck. It was in 2010 that we got to purchase this 7 kanal land with the help of a native of Dharamshala. Again due to one or another issue, the centre could not take off. We received another donation of Rs 79 lakh from Taiwan-based Yeshi Khorlo Foundation and managed to begin the centre’s construction in 2013. It was only last year that we completed this building. However, the entire landscaping, boundary and the vegetable garden has been setup by the reformed addicts,” Dawa Tsering sums up. 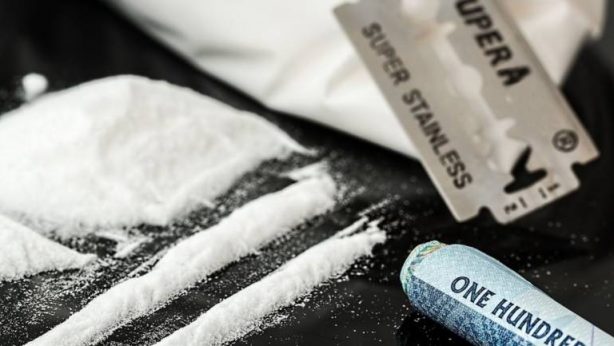 Dharamshala has a rehab that is run by drug addicts

Dharamshala has a de-addiction centre – the Kunphen Recovery Centre...